Whether an O.J. Simpson fan or not, think he was over-charged and unfairly sentenced in his robbery and kidnapping conviction or not, I must say this headline raised my eyebrows.

I tried to think of any other time when a state’s highest justice official told a prison parolee to stay out of their state. (OK, so Bondi didn’t tell him to stay out, but in my book “not welcome” equals “don’t come.”

I know that orders to stay out of a state can be included in court orders as a condition of parole, but for a state’s attorney general to publicly disinvite someone after he’s released from prison on parole?

Do any of you know of a similar case?

My interest in Simpson’s release from prison is whether he’s “corrected” — prison is a “correctional institution, right?”

Or is he still so needy for attention and the spotlight that his bad judgment button will remain unset.

Anatomy of a Trial: Public Loss, Lessons Learned… is still available. https://www.amazon.com/dp/0826218229?m=A1UT13HVUXZL25&ref_=v_sp_widget_detail_page .  Or a signed copy directly from me.

My Interest in the OJS ‘Pop-Up’ Museum

I suppose it was bound to happen. A museum of Simpson artifacts.

It’s coming to a city not near most Americans — Los Angeles. Chinatown, to be more specific. It will also be short-lived — only five days. August 18-22, to be specific.

Since I now live 2,000 miles away from L.A., it’s not likely I’ll be checking it out  If I did still live in L.A., my main interest in dropping by would be to see who was dropping by. My guess is I would renew a number of old acquaintances.

One thing I’m pretty sure of, the museum exhibits won’t include some of the trial memorabilia that came my way.

Oh, and one more thing I’m interested in seeing. A pop-up museum. That’s a new one for me.

And the Verdict is…

As everyone who watches TV probably knows by now, the Nevada parole board who heard O.J. Simpson’s plea today to be released on parole.

So I supposed I should blog about that.

Is anyone surprised the Nevada board granted Simpson’s parole request?

A number of people with the news media who were involved with coverage of Simpsons’ trial expressed disgust and ill wishes for Simpson at the parole board’s decision.

A Wisconsin television news reporter did interview me today about the board’s decision. I had hoped to have a link to the interview to post on this blug, but the station has not yet sent me the link as it said it would do.

Simpson might not be the only one on TV on Thursday

Someone I met recently at a neighborhood party asked me if I was going to be on any media programs in connection with Simpson’s parole hearing on Thursday.

Not only had no one contacted me about such a possibility, I hadn’t thought about reaching out to anyone in the media. I hadn’t even arranged my schedule so I could watch it (ESPN is reportedly going to televise it, and other networks might follow suit).

That changed this evening. The news director of a TV station in a city nearly 200 miles away called and invited me to participate in a segment on Thursday to discuss the trial (the 1995 murder trial in which he was acquitted, not the 2008 robbery/kidnap trial that resulted in conviction and Simpson’s imprisonment) and my book.

The caller was gracious and offered to pay travel expenses. I appreciated that, but declined. It’s a matter of time, not the gas to get there. As an alternative, we’re going to talk tomorrow to arrange a FaceTime session during the day on Thursday.

It should be interesting — or at least I sure hope it will be.

All in the Family–and Defense Team

Does this strike you as bizarre or is it just me?

Still… What do you think?

All Things Simpson are Rather Gumpish

My O.J. Simpson Google News Alert dumps a good half-dozen Simpson-related stories in my email inbox every day. Most are repeats of the same news. The past couple of days they’ve been about arguably iconic Simpson house guest Kato Kaelin showing up at a Milwaukee Brewers baseball game and a winning raffle ticket, and rapper Jay-Z’s new musical social justice endeavor. Here are the headlines with links to the stories.

“The following sentence will either be the most unexpected thing you’ll read today or you’ll wonder if that is a real person:

“Kato Kaelin was one of the winners of the 50-50 charity raffle at Monday’s Milwaukee Brewers game. 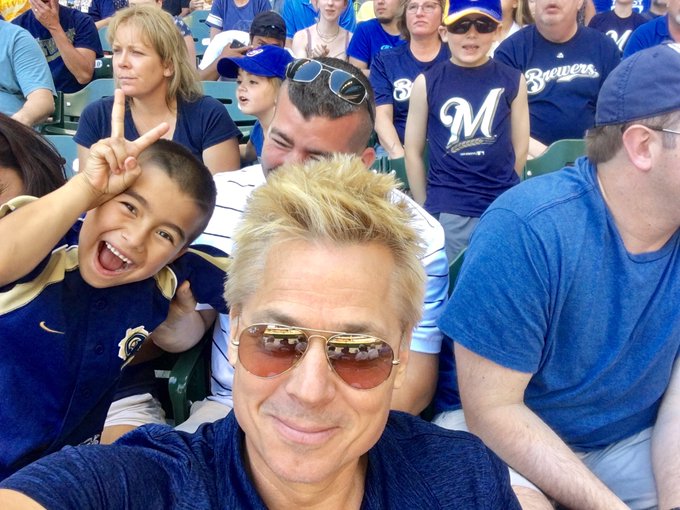 The rest of the story is here.

And here’s the story about Jay-Z’s new venture:

JAY-Z and Will Smith call out racism in Story of O.J. film

Will Smith and Chris Rock have recalled their experience of racism for a film accompanying JAY-Z’s new track The Story of O.J.

“The eight minute documentary, titled “Footnotes for ‘The Story of O.J.” expands on the themes Jay’s song, which addresses why African-Americans are victims of inequality and prejudice.

Perhaps a glimmer of light is writers of both articles thinking some readers might not know who Kato Kaelin or Christopher Darden are without their little identifiers.

Summer sale on Anatomy of a Trial: Public Loss, Lessons Learned from The People vs. O.J. Simpson, $7.99 (includes shipping with Prime). Or get a signed copy directly from the author, $7.99 plus shipping @ http://anatomyofatrial.com/contact/.

OJS pops up in unexpected places

Kerry: ”…Trump saying he’d renegotiate the Paris accord is ‘like OJ Simpson saying he’s gonna go out’ and ‘find the real killer.'”

“The only thing in my view that links Woods and Simpson, apart from being high-profile athletes, is the colour of their skin. I don’t think we would, for example, compare Lance Armstrong to a killer.”

Everyone should read “Anatomy of a Trial: Public Loss, Lessons Learned from The People vs. O.J. Simpson” for a clear picture of the impact media coverage had on the judiciary and the public. It makes the best case for courtroom camera coverage.

Is OJS Headed from Frying Pan into Another Fire?

O.J. Simpson has a parole hearing in July and if he is granted parole he could be released as early as October.

If he’s granted parole, how long before he’s back in hot water again?

So the Question is, M. Jenner…

…why did you wait more than 22 years to say so?  “Caitlyn Jenner Says She Knew OJ ‘Did It’”

Did she think so back when she was a he, sitting in the Los Angeles courtroom next to his then-wife, Kris Kardashian, who was about eight months pregnant with Jenner’s child?

Reading this article, her belief wasn’t a recent epiphany. So, why the long wait to spring the shocker now?